Which is the largest Economy in East Africa?

February 14, 2019
Which is the largest economy in East Africa? Interesting question. There is two running neck on neck-Ethiopia and Kenya.  The GDP of both countries has crossed the US$86 billion mark and, at the current rates of growth, will cross the $90 billion Mark in the next 12 to 18 months… well, 10 to 16 months.
When we wrote about the epic rivalry between the two economies, we did not see the reason for the see-saw on the top perch. Now we can confidently report it. It is just a small gap in the GDP accounting periods! 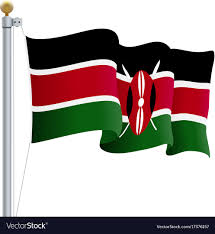 Is Ethiopia’s the largest economy in East Africa or is it Kenya’s? A casual glance at GDP data could place Ethiopia at the top or even place Kenya at the top.  You won’t be wrong depending on the time period. But look again: Which is the economic powerhouse in East Africa?
There is a six-month hiatus in the GDP accounting periods of the two countries. Kenya accounts for its GDP during a Calendar year (January-December) while Ethiopia accounts during its financial year (July to June).  This creates a six-month gap between the accounting Periods which leaves one wondering who occupies the top perch?  Well.. it keeps changing hands: One moment it's Ethiopia, the next moment it is Kenya.

GDP at a given period is a still picture of the level of wealth at that point. It can, therefore, be appropriate for comparison only in seeing whether there was a change in the intervening period or not. As a still picture, it is good at telling us whether the person was fat or lean at the time the picture was taken. But cannot tell us whether one person was better than the other if the pictures were taken six months apart.
In a similar manner, the size of the two largest economies in East Africa can only be compared if qualified by the accounting period. For instance 2018 or financial year 2018/2019.
This finding in no way rejects the truth that both economies are the leaders in East Africa with Ethiopia posting the fastest growth rate estimated at 8.5 per cent in the current financial year. However, a fast growth rate does not necessarily mean a large economy.  It just means a fast growth rate!
For instance, Tanzania has posted consistently fast growth rates, way ahead of Kenya in the past two decades or so, yet Kenya’s GDP is 1.6 times larger than Tanzania’s.  In other words, Tanzania’s GDP is just 64 per cent of Kenya’s which is estimated at US$86 billion compared to Tanzania’s $55 billion.
Ethiopia’s GDP will stand at $87 billion by June 30th, 2019 going by the projected growth rate of 8.5 per cent.  Kenya’s GDP was $86 billion at the end of December 2018. It is not clear how large was Ethiopia’s GDP at that point. It could have been larger or lower by a few million dollars. At the end of June 2019, Kenya will be looking at the second-quarter growth rate of 2019. Will they be at the same level or will Kenya be ahead of Ethiopia? That is how the see-saw emerges.
By that time, Kenya could even be ahead of Ethiopia depending on the robustness of economic activity in the next six months. But Ethiopia will have overtaken Kenya’s GDP based on December 2018 data.  This is why the difference in GDP between the two is in hundreds of millions of dollars- not exceeding $500 million. In fact, in 2016 when Ethiopia is said to have overtaken Kenya’s GDP, the gap was just about $50million. And in 2017 when Kenya’s GDP was adjusted by the Statistics Office, it led Ethiopia’s by just over US$ 400 million.  This is just about one month’s GDP growth, just a few paces ahead in the language of athletics. Not big enough to determine the winner unless they have crossed the tape. In terms of economic domination, both countries appear to be in the early stages of a marathon. Perhaps with just pace setters chasing each other while the real competitors are just warming up. The pacesetter, in this case, is a massive investment in enablers- energy and transport infrastructure.
Back to economics. According to current estimates, Ethiopia’s GDP will be ahead of Kenya’s by $1.1 billion at the end of June 2019.
If the same projections are employed, Kenya’s GDP will have added another US$2.66 billion by June placing it ahead of Ethiopia by $1.66 billion, yet Ethiopia will just be at the beginning of the financial year 2019/2020.  But because Kenya’s still picture will be six months away from the update, Ethiopia will be ahead.
Nevertheless, as in athletics where the two countries dominate, the dominance of the two in East Africa economics is good news for the region.  The medals, in this case, is economic well-being in the region for large economies tend to drag the smaller neighbours along with them: If they thrive, the neighbours thrive. If they shrink, the neighbours also shrink.
To illustrate, 40 per cent of African Economies grew by more than 5 per cent last year, which would ideally put Africa’s GDP above 5 per cent, yet Africa’s GDP growth is estimated at 3.6 per cent
, dragged down by weak growth in Nigeria and South Africa, Africa’s largest economies.

The winner in this rivalry will be determined by the real heroes of the race, expansion of the economic sphere through robust economic activity taking advantage of the availability of the enablers.  Energy and transport infrastructure have been identified as bottlenecks that frustrate economic progress anywhere- not just East Africa.


Industrialization is likely to determine race. So who wins? Watch this space!