Showing posts from June, 2013
Show All

China-Japan Rivalry in Africa hots up

Mombasa's Southern By-pass: Beneficiary of the Sino-Japanese  financial rivalry THE EMERGING CHINA –JAPAN RIVALRY in Africa heating up. Both nations have upped their act from being contractors in Africa to being major project financiers. And Africa is relishing every moment of this rivalry for it is gaining in a big way. Her long held development dreams are hedging closer to reality as both countries open their purses to Africa. The rivalry is not very old just about a year or two in the making but it seem like a game changer. A total of US$72 billion has been offered to Africa as development assistance. Although Japan has been a development partner in several African countries for a long time, she appears to have changed her strategy to a bare knuckled face-off with China. In the process, Japan which previously operated within the auspices of OECD appears to have shifted gears to BRICS. BRICS, which is emerging as a major economic bloc in the world, has increased its
Post a Comment
Read more

A Pipeline under construction  TOYOTA TSUSHO,  the investment arm of the Toyota Motor Corporation will construct the 2,000 km long Juba -Lamu oil Pipeline. Sources indicate that the Firm was approached by the South Sudan Government to build the Pipeline. Toyota had earlier placed an unsolicited bid for the construction of the Pipelines and other accessories. The US$3 billion project is to be built on a PPP basis under a 20 year concession. For more info go to http://eaers.blogspot.com/2012/08/toyota-bids-for-africas-largest-ppp_20.html  The pipeline will initially transport some 700,000 to one million barrels per day (bpd) of Sudanese crude to the Lamu Port in Kenya. Eventually it is expected to transport crude from Kenya and Uganda to the Lamu port for export. Uganda is said to be considering using the same pipeline to transport her crude oil. Apart from the 2000Km Pipeline, the contract also includes the construction “of an oil refinery, power stations, jetties and oth
Post a Comment
Read more

KENYAN BORN companies are the economic giants East Africa, we can report.   A survey of the 2012 financial reports of listed companies has confirmed that the firms, some of them cross-listed in east African bourses, have outgunned their competition in the region. In some cases, upstarts have elbowed out the TNCs that previously dominated such sectors as finance and consumer goods. The upstarts are the most profitable in the region and also have amassed huge capital bases. Rift Valley Railways: Being rescued by an upstart The growth, our survey established, is well distributed covering all sectors of the economy such as Manufacturing, transport, consumer’s goods, financial services and communications.  Leading the pack is Safaricom, the mobile telephony firm which posted a whopping US$303 million in gross profits last year. Hot on its heels was the youngest bank in East Africa, Equity bank which grossed US$207 million. In the third place is Kenya commercial bank which gr
Post a Comment
Read more

Why Africa must industrialize 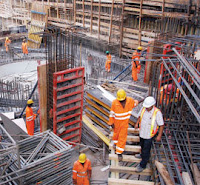 Hydro power dam  under construction:  Investments to remove bottlenecks  HERE IS A PARADOX: Africa has posted robust economic growth over the last decade. Her growth now is higher than the western world and is projected to post robust rates in the next five years. Yet Youth unemployment remains high and so is inequality in income distribution. What is wrong? According to experts, this growth is not well diversified so that its benefits reach a large segment of Africans, hence growth with high unemployment rates. According to the economic report on Africa, era 2013 Africa must industrialize to diversify and consolidate the benefits of the robust economic growth of the last decade.   It is rich in commodities and other resources. However, the continent’s resources are extracted and sold raw in the world. The resources thus do not have a forward linkage with the domestic economy. This is why continent must industrialize, beginning with commodity based industrialization.
Post a Comment
Read more
More posts