Showing posts from August, 2013
Show All

Kenyans need not fret over the US$5 billion Chinese loan 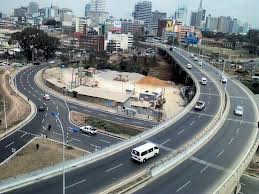 Investment in Infrastructure is beneficial to the country RESPONSE TO THE KENYA-China deal in which the former agreed lend to the latter US$5 billion for infrastructure development was surprisingly, hostile in Kenya.  Critics were allover punching holes into what is arguably the largest financial support in Kenya’s history. The gist of the criticism was simply this; this is a huge chunk of Money that raises Kenya’s public debt inordinately making debt servicing a nightmare. From a layman’s standpoint, this is a valid concern. The world is awash with countries that bit more debts than they could chew and are now chocking on it. The financial crisis facing Greece, Portugal and Spain easily come to mind. However, beyond this point, the illiteracy of the critics comes to the fore. They ignore a lot of facts in the public domain. Let’s start with Kenya’s blue print for long term development, Vision 2030. It aims to turn Kenya into a middle income industrializing country in 17
Post a Comment
Read more

Uganda set to be the Hydro power giant in EAC 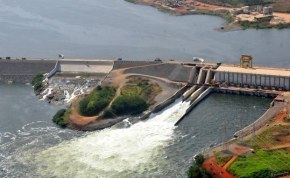 Proposed Karuma Hydro Dam: the largest in EAC UGANDA IS SET TO BECOME the hydro power giant in east Africa. It has already awarded contracts to triple its hydro power generation by 2020. The country has in the past three months awarded three contracts for the construction of three hydro dams that will raise her generation capacity by 1400MW. The projects include the controversial Karuma Hydro-project with a capacity of 600MW, a less controversial, Ayago Hydro dam also with a capacity of 600MW and Isimba dam with a capacity of 188MW. All projects will cost a whopping US$4.2 billion.  On the completion of the projects in seven years’ time, Uganda will emerge as the giant hydro power producer in the east African common Market bloc.  Her current capacity is 700MW which will rise to 2100MW by 2020. The two projects awarded in the last one month, will be built by Chinese contractors while the US$1.9 billion Ayago Hydroelectric dam will be constructed by a Turkish firm.  Am
Post a Comment
Read more
More posts