Showing posts from August, 2017
Show All

Five years of Uhuru- How will Kenya look like in 2022? 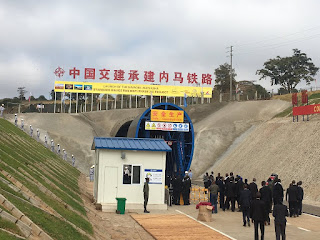 The SGR Railway Phase 2 has already begun  Since we don’t see any threat to his Presidency, we can preview a Kenya under Kenyatta in the next five years. He came to office on a transformation agenda. So we ask: What should we expect from him? How will Kenya be in 2022 when he leaves office? Will it be a prosperous and progressive nation or will it be poor and reactionary? The odds appear stacked in favor of his transformation agenda.  Good luck, his personality, political environment and motivation combined favor the expectation of a positively transformed Kenya.  President Kenyatta inherited a robust economy from his predecessor, Mwai Kibaki.  And despite, a tough environment during his first term, he managed to keep the economy robust.  He inherited a US$60 billion economy and had driven it to a $72 billion economy by the end of last year. He also inherited a robust 30 year economic blue print “christened Vision2030” whose mantra is a transformed and industri
Post a Comment
Read more

Museveni deals a death blow to Magufuli's dream on SGR

Northern Corridor is Robust  compared to central Corridor   PRESIDENT Yoweri Museveni has approved the borrowing of $2.9 billion for the construction of the standard gauge railway from the Malaba border with Kenya to Kampala. This deals a death blow to Tanzania’s dream of diverting Uganda’s Railway line south to the Central Corridor. President Museveni authorized the loan on condition that concerns over the technical specifications and project costs raised by the Parliamentary Committee on Infrastructure in February would be addressed. The parliamentary committee had demanded a complete review of the Uganda-Kenya Standard Gauge Railway Project. It was comparing the project’s costs with the Ethiopian SGR project which cost an estimated US$ 5 million per kilometer. The Malaba- Kampala line will cost an estimated $7.2 million per kilometre. However, a technical paper, by the Uganda Ministry of Works and Transport ably answered such questions. It argues that the highest c
Post a Comment
Read more
More posts