Showing posts from May, 2017
Show All

EPAs: Why Kenya's trade with EU will not suffer 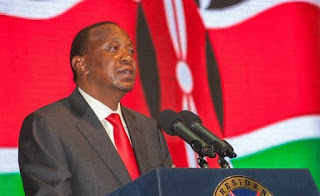 Kenyatta: Kenya signed and Ratified EPAs  Contrary to popular opinion, Kenya's trade with EU is unlikely to suffer any loss should Tanzania and her minions refuse to sign Economic Partnership Agreement. In fact Kenya and Rwanda could gain from this reluctance. The European Union has stonewalled a fishing expedition by EAC to delay the signing of the Economic Partnership Agreement.  The Union has rejected any discussion on “sanctions in Burundi until the political situation improves.” This is a sign that the EU is losing patience with the laggards. The reluctance by three EAC member states, led by Tanzania, to pen the Free Trade Area deal with the European Union has turned into a fishing expedition. A fishing expedition is a situation where one  begins to look for wild reasons to justify a wrong decision.  Kagame: Rwanda signed and ratified EPA s  Initially, Tanzania, which has refused to sign the deal twice-in 2014 and 2016- argued that the deal with stymie he
Post a Comment
Read more

EPAs: Why we expect Tanzania to change heart

Presidents Kenyatta of Kenya and JMagufuli of Tanzania: Working at Cross Purposes on EPAs ACCORDING  to press reports, the European Union has announced that it is “encouraging” Tanzania to sign the much maligned Economic Partnership Agreements, EPAs. Tanzania is being “encouraged” because she has been a reluctant bride in the proposed marriage even terming it “colonial.” Experts in Diplomatese, the language used by diplomats, say that the word “encouraging” hides the real show. The meetings to encourage one to take certain desired action are bare knuckled events where all deck s are laid on the table. And they leave no doubt at all about the potential dangers of not taking the action. Even the public pronouncement by the EU diplomats, say diplomatic experts, is an ominous warning that Tanzania is expected to behave. That is why the experts expect a Tanzanian about- turn on EPAs. The country is reluctant to sign the dotted lines saying that EPAs are a threat to her indu
Post a Comment
Read more

The Eurobond saga: The scandal within the "scam"

Mpeketoni attack: Designed  to sabotage the Eurobond ? THE EUROBOND saga in Kenya was a well choreographed  vendetta campaign launched and  bankrolled by corrupt businessmen who lost big money contracts during the current regime, we can report. In their vendetta, they found a willing partner in the broke ODM Party and a few intellectuals, who also lost lucrative business contracts in the current regime. All became hired mercenaries for the crooks who lost their bids for mega projects such as the green field project that was to build a second terminal at JKIA, the SGR and even the Lapsset project among other milking cows.  The saga suggested that an estimated US$1 billion (kshs 87 billion) of the US$2 billion (Kshs 175 billion) Eurobond raised in June 2014 was stolen.  Kenya issued a US$2 billion Eurobond in June 2014, on the Irish Stock Market. The Aftermath: A Police station burnt down The bond, which was oversubscribed by 400% hit the market on the same day that
Post a Comment
Read more

June 2017: The month of game changers in Kenya 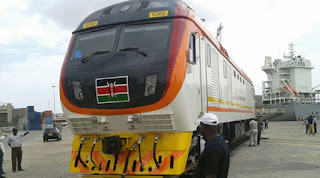 The High Speed locomotive to be running on SGR THE MONTH OF June 2017 is significant in Kenya’s history. Three game changing projects, two in infrastructure and one in oil- will come live. These are the commissioning of the Standard Gauge Railway and also the largest wind Power project in Africa.  By Mid- June, our first barrel of oil will sail to the market-either in China or India. The three are game changers because they could turn out to be jolt economic growth needs to cross-the 8.00% mark. They will add a strand on Kenya’s financial muscle by either saving consumers some money or earning an extra dime.  The two infrastructure projects will result in lower cost of doing business in the country leading to low consumer goods prices in the near future.  Lake Turkana Wind Power which will generate 310 MW into the national grid is raring to go eleven years after it was conceived. As at the end of February, she had erected 347 out of 365 turbines in readiness for start
Post a Comment
Read more
More posts