Showing posts from August, 2012
Show All

Africa shrugs off a fourth economic crisis in a decade 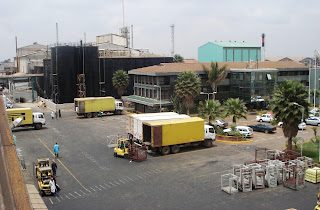 An indigenous consumer goods Factory in Kenya:  Local Manufacturers gained from Africa's changed fortunes GOING BY THE SHEER NUMBER OF Reports about Africa’s economic response to the Eurozone crisis, the continent has weathered this one.   If so, the continent has shrugged off the fourth major economic crisis in a decade or so. Ours is a sturdy continent that weathers down crises that are crippling economies elsewhere in the world. And to attest to her resilience, the continent has in some instances exploited these crises to its advantage. For instance, the current drivers of economic growth in the continent are ; retail commerce, transportation, telecommunications and manufacturing. In many instances, homebred players lead the pack especially in Finance, telecoms and manufacturing- a majority of these leaders are home bred, some as young as  below ten years old. The oldest among the players is probably just about 20 years old. Take the rapid expansion of
Post a Comment
Read more 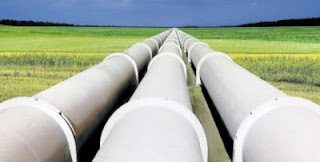 An oil pipeline: Bid in place for Africa's largest PPP project TOYOTA TSUSHO, the investment arm of Toyota Motor Corporation of Japan, has bid for the construction of the US$3 billion, Juba-Lamu oil Pipeline. The pipeline will initially transport some 700,000 to one million barrels per day (bpd) of Sudanese crude to the Lamu Port in Kenya which is under construction. Eventually it is expected to transport crude from Kenya and Uganda to the Lamu port for export. Apart from the 2000Km Pipeline, the bid also includes the construction “of an oil refinery, power stations, jetties and other infrastructure facilities” said Dennis Awori, Chairman-Toyota Kenya Ltd. The bid, if successful, will be the largest PPP project in Africa. In a statement released this week, the company said it has proposed to develop the Pipeline on a Built-Operate and Transfer (BOT) basis on a 20 year concession. The company is still doing a feasibility study of the project whose construction is expecte
1 comment
Read more

EAC: How Tanzania is shooting herself at the foot 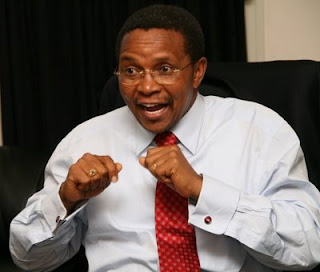 President Jakaya Kikwete: Shadow boxing Regional integration? TANZANIA'S LAGGARD stance on integration in the region, is stymying their own country, analysts say. Its spirited attempt at sabotaging Kenya, has not paid off, they add. If anything, Tanzania is losing out.   Her efforts to sabotage Kenya are guised as efforts to protect her family jewels in Tanzania.  Initially, her concerns were reasonable and beneficial to the country. She feared that her weak industry will be elbowed out of the market by imports from Kenya. This resulted in asymmetrical tax system in which Kenyan exports were taxed at 90 per cent discount while Tanzania and Uganda Exports came to Kenya tax free. The result has been an impressive 319 % rise Tanzania’s exports to Kenya between 1996 and 2010.  Official data shows that Tanzanian exports to Kenya stood US$6.6 million in 1996 -the first full year of the operation of the EA Customs Union to US$210.5 million in 2011. Such growth would not have
Post a Comment
Read more 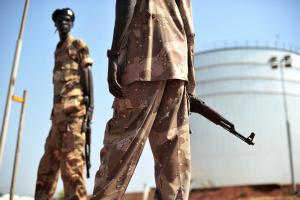 Guarding Crude oil Refinery in South Sudan. SOUTH SUDAN vs.SUDAN,TANZANIA vs.MALAWI, KENYA vs SOMALIA.. There is a worrying growth of boundary disputes in eastern Africa. The quarrels, given what is at stake, pose a risk of violence in the region. The region has become significant producer fossil fuels. News of discovery of oil or LNG dominated the Pages in the first half- of this year. Visit http://eaers.blogspot.com/2012/03/eastern-africa-coast-emerging-fossil_28.html To date, an estimated 100 trillion cubic Feet (tcf), of recoverable LNG had been discovered in Tanzania and Mozambique. Kenya for the first time joined Uganda and South Sudan in the crude oil producing class. Kenya is also seeking for LNG for it is estimated that some 286 trillion cubic feet lie off the eastern Africa coast, Kenya included.  Sadly, the frequent discoveries are rekindling long ignored boundary disputes in the region. Previously silent disputes , such as the Tanzania- Malawi and the Kenya-
Post a Comment
Read more 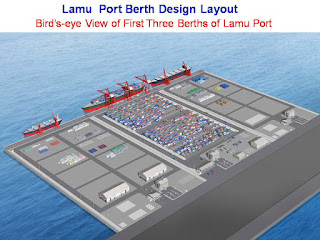 The design layout of three berths KENYA HAS HIT THE ground running in the development of the second transport corridor. The seven component project, popularly known as Lamu Port-South Sudan- Ethiopia Transport corridor, Lapsset, has now entered the tendering stage. The government of Kenya has invited tenders for design and construction of first three of the 32- berth Lamu Port.  The government funded project will cost an estimated  US$200 million. This figure has provided for allocated in the current (2012/2013) fiscal year’s budget. Apart from this, the Kenyan president, Mwai Kibaki, is globe- trotting marketing Lapsset and the Konza Technocity to the world.  The advertised tender is for the construction of one general cargo berth, one bulk cargo and a container berth at Manda Bay, Lamu. All will be dredged to depth of 18.5 Metres. Other works include; construction of a 113 Ha hard standing yard, Construction of; internal roads, Administration buildings, slipways and
1 comment
Read more
More posts