Showing posts from November, 2013
Show All

Kenya's economic Diplomacy, ICC and all that 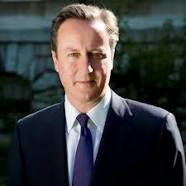 David Cameron The UK PM:  Misreading the signs? CONNECT THE DOTS and tell me what picture emerges. In the last four Months a flurry of events, have happened in Kenya. In early September Nigeria was given 46 oil exploration blocks in Kenya. In October, Tullow Oil, the British owned oil exploration firm that has been active in Kenya, discovering commercially viable wells almost on a monthly basis, ran into trouble with the local community. In November, Kenya’s President attends the Africa-Arab summit in Kuwait. Here the President Called on Arab-Oil Producers to help Kenya exploit her oil and LNG discoveries. Read anything? I read a warning shot to the west.  Kenya has grown horns and is poking the soft belly of those not taking note. “Choices have consequences,” so said the Former US assistant Secretary of State, Johnny Carlson, as he appeared to warn Kenyans against voting in the Jubilee Alliance. It seems now the same logic is being applied on the West by Kenya. And the West,
Post a Comment
Read more

The 6000 MW Grand Renaissance Dam  WHEN THE NEWS broke out that Kenya has struck a deal to import 400MW of electricity from Ethiopia, a common question arose: Does Ethiopia have the capacity? Is Kenya wasting good money chasing for bad?  That was slightly over a year ago. Now I know better. I have been disabused of my ignorance. Ethiopia not only has the capacity but the potential to supply the entire east African region with electricity. She is a sleeping electric energy giant-a country with a capacity to supply 67 per cent of Africa’s current population. Ethiopia, which is emerging from years of communist rule and wars, is not only a champion on track races where her athletes give Kenyans a run for their money; she is a star performer in other areas: Her economy has been growing at an average 8 per cent rate for more than a decade.  Consequently, the country of 90 million people has seen demand for electricity grows by 32 per cent a year. This means that her current
Post a Comment
Read more

November 05, 2013
JUST HOW MANY active Al-shabaab operatives are remaining in Somalia? Or just how many are left in the world?  Reports from the front line indicate that the ragtag army of social misfits may have been obliterated in the last one week. The operation  led by the Kenya Defense Forces (KDF) under AMISOM,  targeted  Al Shabaab training camps and its senior commanders in the tri-border area between Middle Juba, Lower Shabelle and Bay region.  Two senior commanders were killed by a KDF drone at jillib on Sunday, October 26 th , the day the operations were launched. A few days later, the Kenya Air force bombarded hurguun training camp in Dinsoor region. The camp is said to host 400 people 300 of who are trainees. An estimated 300 people were killed. Intelligence reports indicate that the dead were buried in mass graves on Friday, November 1 st , a day after the attack. The same day, October jillib was again attacked by ground troops using heavy artillery. The size of loss from this ass
Post a Comment
Read more
More posts