Showing posts from September, 2013
Show All

A prototype of Proposed Turkana Resort City   PICTURETHIS. An investor figures that wind, an abundant resource in an arid, windswept area can be tapped to generate 300MW of power. Then an oil explorer goes to the same difficult area tom prospect for oil. Both "adventurers” probably carry water in their back packs for it is a rare commodity in the land.  Oil is also discovered in the same God forsaken area. Before long, another adventurer discovers that the area holds billions of liters of fresh water in its bowels. This is the story of Turkana country in the arid northern Kenya.  In less than a decade, Turkana has been tr5ansformed from a low potential to a high potential economic zone. Words fail me. But the transformation can only be described as Swoosh! Well OK let's call it Turkana Swoosh! Tourist attractions around Lake Turkana Turkana was such an outback of the Kenya that  a feasibility study on the Railway Line linking South Sudan with Kenya, rated t
Post a Comment
Read more 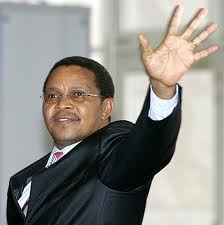 Jakaya Mrisho Kikwete: Tanzania President LAST YEAR, this publication ran a harsh criticism of Tanzania’s laggard stance on integration in east Africa. Tanzanians reacted with angst, many shouting aloud that Kenyans will not be allowed to own land in Tanzania. Read http://eaers.blogspot.com/2012/08/eac-how-tanzania-is-shooting-herself-at.html  Now, the chickens, it seems, are coming home to roost. Events in the last two months vindicate my thesis, harsh as it was. Tanzania is slowly sliding to irrelevance in East Africa Common Market bloc- and further, stymying their country. In its place, “the northern wing,” is taking the lead.   The northern wing refers to countries that are members of the Northern transport Corridor. It all began with a meeting of the three Ks in east Africa in July. Presidents Kaguta Museveni, Paul Kagame and Uhuru Kenyatta met in Kampala to talk business. Tanzania was at the time hosting US President Barack Obama and therefore was not in the meeting.
Post a Comment
Read more
More posts