COMMENTS IN RESPONSE to  my article http://eaers.blogspot.com/2012/04/oil-and-gas-wealth-in-east-africa-boon.html  or comments on the subject matter is positive that well managed, oil  and gas windfall can  boost development in east . Many have suggested ways in which to turn the windfalls into a boon for the region. here is a synthesis of their views

One of the commentators, the President of the Africa Development Bank, AfDB, Donald Kaberuka is poignant.  He advised east to avoid increasing recurrent expenditure and instead use the windfall on development expenditure. Mr. Kaberuka was speaking in an interview with the wire service, Reuters www.reuters.com. He argued that increasing recurrent expenditure, especially through sharp increases of public sector salaries will lead to high inflation and eventually conflict.

Economists and oil industry experts in agree with this view. They argue that, the public sector is the single largest employer in east . Sharp increases of public sector salaries, experts argue, will increase domestic demand for goods and services which in turn lead to high rates of inflation. 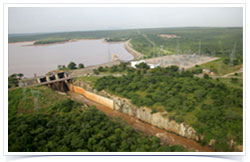 This is how it works: currently, there is a given stock of goods and services in the region. This stock ranges from food, to housing to schools and health facilities, to locally manufactured consumer goods, to power plants, oil refineries roads, railroads  and similar infrastructure. In the short-run this stock is more or less fixed as it depends on the availability of other factors. To increase this stock will require expansion of production capacity and the infrastructure to produce and distribute the goods and services equitably. 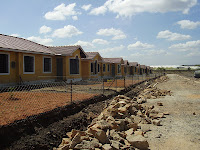 Inflation erodes the purchasing power of the citizens, hurting most severely the poorer sections of the population, say experts. Such erosion leads to further demands for wage increases thus adding fuel to the fire.

In this situation, the poorer segments of the population that cannot compensate loss of purchasing power through further wage demands lose out. They thus become disgruntled and this could lead to a rebellion. Oil and gas finds thus become a curse to a country, say the experts, echoing Kaberuka’s sentiments.

That immediately plunged into a financial crisis since 80 per cent of her revenue came from Oil. That crisis in , including budget deficits, high and rising inflation has forced the strongman, Omar-El Bashir to launch frequent raids to ’s territory bombing Oil wells. This diversionary tactic won’t last long for sooner than later, the truth will catch up with him, say analysts in .

Another example is and , where the oil sector has overshadowed other sectors giving rise to inflationary pressures that erode then citizens' purchasing power. Apart from these two, Africa’s largest nation, depends on oil revenue to finance 75 per cent of her budget. “That” said, Kaberuka, “is a mistake other oil producers in must avoid.”

, said the AFDB boss, has done well without oil and gas. Experts again agree with Kaberuka that, is better placed to exploit Oil and Gas windfall to further diversify their economies and develop the infrastructure needed to sustain economic growth into the future.

Demand for infrastructure in east is very high due to robust economic growth of the past decade. The region is also a free trade area known as the east African common Market. This bloc brings together , , , and . Three other applications are pending. The regional integration has spawned demand for intra regional infrastructure such as roads, rail roads, Ports, oil and gas pipelines, refineries  water and waste disposal infrastructure and power grids.

Therefore say economists, where the oil and gas revenue is to be invested is already clearly defined by local demand. For the marginal segments of the region, investment in water supplies, schools and health facilities and food security are pre-requisites.

Should the oil and gas revenues be invested in these necessary areas, say experts, then oil will be a boon for east .